Fellow feature Mustang owner Bill sent me this picture of a model he built of his car. Unfortunately, there is no single kit for this car. It is built from pieces from several Monogram Mustang kits as well as a front clip from a resin 87-93 LX Coupe since all plastic kits of 87-93 Mustangs are GTs.
The "blueprint" to build this car follows closely the build of a 1990 25th Anniversary Mustang Convertible as detailed in the June 1992 issue of Scale Auto Enthusiast magazine. I have plans to build my own and am currently gathering the parts. This does not appear to be a cheap thing to do as all of the plastic kits needed for this have been long discontinued by Monogram. Finding them can be challenging and rather expensive.
The resin LX coupe body and interior can be purchased from Tom Montgomery for $25. You can contact Tom at . 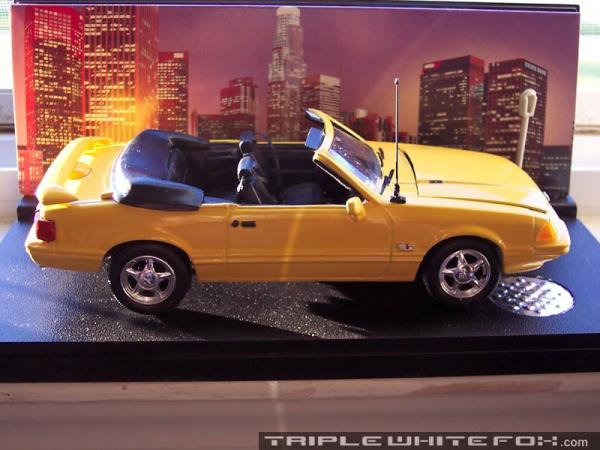